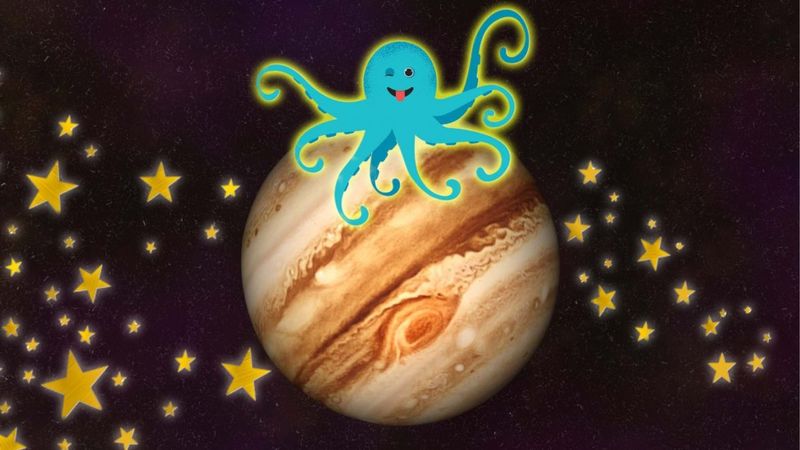 Discussion about life on other planets, and if aliens might really exist, never seems to be too far away.

But now scientist Monica Grady says she thinks there is “almost certainly” life on Europa, one of Jupiter’s moons, and maybe even on Mars too.

Before you get too excited though, it’s unlikely to be as advanced as a walking, talking alien.

Professor Grady, a professor of planetary and space science at Liverpool Hope University, says whatever we might find there is “perhaps similar to the intelligence of an octopus”.

She thinks the creatures could be found beneath the ice on Europa.

Europa is one of Jupiter’s 79 known moons and is covered by a layer of ice up to 15 miles deep, which acts as a protective barrier against both solar radiation and the impact of an asteroid.Is there life on Mars?

Well Professor Grady says while it is possible, she doesn’t think we will find any very advanced life forms currently there.

She says: “If there is something on Mars, it’s likely to be very small,” – for example, bacteria.

She’s predicting it will be found under ice on the surface of the planet, because there “you’re protected from solar radiation. And that means there’s the possibility of ice remaining in the pores of the rocks, which could act as a source of water”.Will we ever find out if there is extraterrestrial life?

US space agency Nasa plans to send probes to the Europa moon to look for life on the frozen satellite.

The first mission is due to take off in 2023.Space scientist Liz Seward explains how the ExoMars rover works.

Nasa has already sent several rovers to Mars, including Opportunity and InSight, to send back data on what life is like on the planet.

There are also several other missions to Mars in the pipeline.

The ExoMars rover is the first to be specifically designed to find evidence of past or present life on Mars. It’s due to land on the planet in 2021.

Professor Grady says: “Whether we will ever be able to contact extraterrestrial life is anyone’s guess, purely because the distances are just too huge.

“And as for so-called alien ‘signals’ received from space, there’s been nothing real or credible, I’m afraid.”